I am going to kick this Thanksgiving edition of BISS List off by stating with 100% sincerity that I am GRATEFUL for YOU!  That includes friends, family, & music lovers of all kinds and all over the country! I actually have a bigger list of things that I am thankful for this year so I am radiating positivity here today!

There is no doubt that this year has been nuts. Ups and downs for everyone.  It’s been a hard time to maintain positivity. And NO ONE wants to be told to “stay positive”.  To which the perfectly acceptable response is… “Don’t tell me what to do!”

However, I ask you to stop reading this and take a moment right now to think of at least one thing you are thankful for.  Just give it like 60 seconds of thought…
Yes. Right now… Don’t make me say BISS!  I’ll wait.
Ha!!! Made you smile and radiate a little of your own positivity for at least one whole minute. Thank you.

I know a lot of you don’t like the video thing. (Let’s just call it Zooming) It doesn’t do it for you for music and socializing, right?  Some of you may also associate Zooming with work meetings and want to keep it that way.  Over here, I personally embraced it as I find myself working almost full time as a Zoom Event Producer..  Yes, there is so much more to it than just clicking on a link to make it look professional to the public…

So yes, in lieu of the usual Orphan Thanksgiving, which I have hosted ever since I moved to California in 1996, I am hosting on Zoom today.  I know it’s not the same.  But on the bright side… We get to host for anyone anywhere via Zoom… No driving, no cleaning, enough room & chairs for everyone, and more leftovers. And honestly,  I’ll admit that I have occasionally dreamed of having a mute button for these kinds of events.. .#silverlinings  #lemonadeanyone
*Please message me if you want to join us.

If you can accept this new reality in this moment, lemme tell you about how I ended up front row dancing like nobody was watching last Friday night…. On YouTube… so actually anybody could have been watching.

After helping to produce a BEAUTIFUL Transgender Remembrance Day event for Spahr center, I jumped around to a few different live music streams… 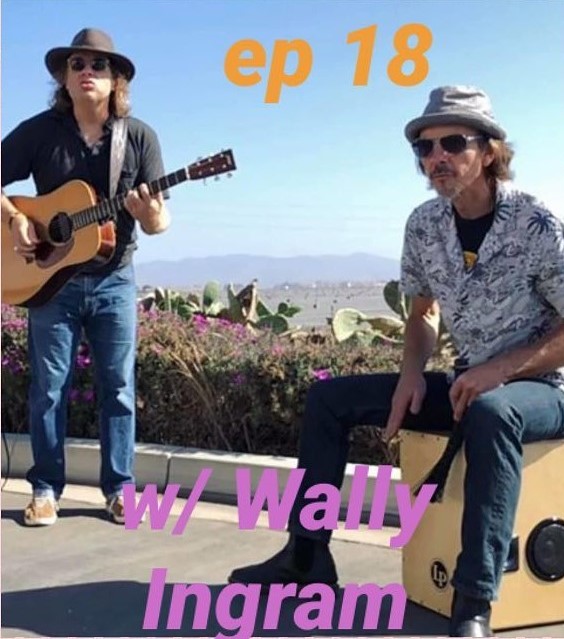 Then we joined in on the Facebook Live feed of long time friends and BISS List faves,
Tom Freund &Wally Ingram for the 18th episode of Fridays with Freund. They played longer than they had planned because they were so happy to be playing together with so many friends commenting on both FB and Instagram. Congrats on your new bubble Tom & Wally. We look forward to more from you two! #justaddwally
https://bit.ly/TomFreundMusic

We did not stop there…

Next, we popped over to the California Honeydrops at Sweetwater Music Hall…What?! Ok fine, it was a live stream… But it was awesome to see the full band playing on stage at The Sweetwater live. The video feed was just as if I were at the bar and watching the band on the screen in the corner. Above the bar.

Then I tuned in to Nathan Moore’s YouTube Channel (Hippy Fiasco Rides Again) for The Whole Other LIVE “Just The T.W.O. of Us” featuring Nathan Moore & Lex Park.  At some point, Nathan said something about puppets in The Disco on Discord (Think text chat rooms and video chat rooms with others watching the show at the same time).  Apparently, the right person in my household heard “puppets” and next thing you know, there’s Miss Monica Thibodeaux, spinning in our living room…  And on YouTube.  By the end of the night, we were all dancing with Monica while the band played some three hours….
I kinda forgot we were still “on” in th 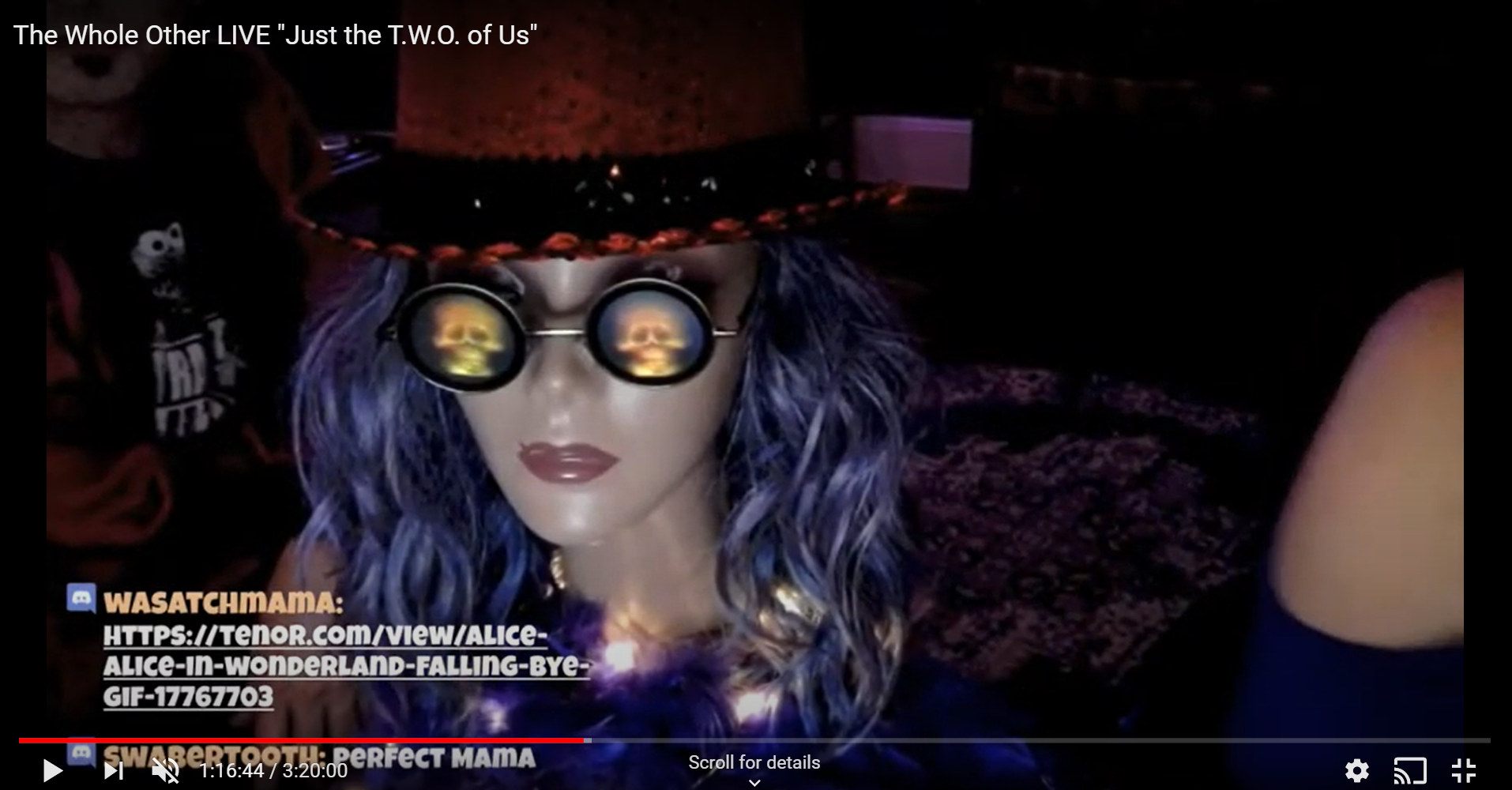 e disco until I looked up at the YouTube feed on the TV and saw we were all there… But then I heard Nathan say something about loving to have people to dance to…  so like I said.. FRONT ROW! 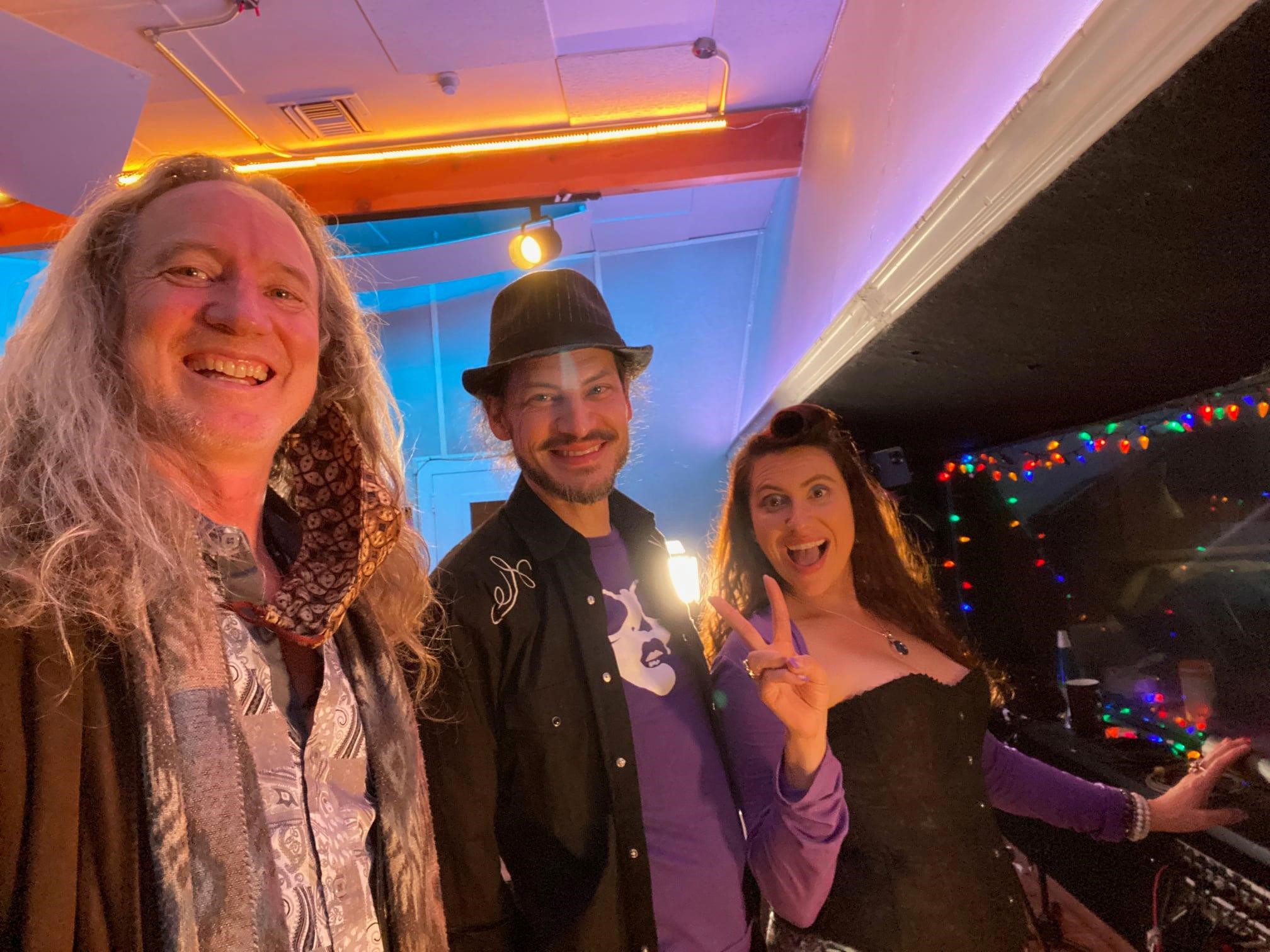 from her studio with her full band streaming via Zoom…. She kept the tickets limited so that it would stay intimate when everyone would unmute and chat with her before the show and between sets.  My tech partner Corey and I already had tickets but since this is what we do for our clients, we were happy to jump in. It was really fun to be a part of this event. It was amazing to dance face to face with the friends who were on the Zoom during the sets. I know everyone had a great time cause they said so.  How often have you hung out with the band backstage and front row for the entire show? #silverlinings

As you may have noticed, BISS List is back in circulation recently and we are doing our best to stay in touch with you. The world is all different now than it was before, and we are continually adapting… [to life].   All of our previous methods for updating BISS from certain sites has changed but the LIVE MUSIC is out there both live and online.  Then I remembered, BISS started with a collective effort of my friends telling me what’s happening around town. I was just collecting it all and sending it out. So I am going to ask you another favor, share events with us that you think should be added.  Email us biss@bisslist.com or add us a host to your event on facebook.  Our disclaimer still stands: BISS list is not an objective news source, but we do discriminate equally. We will do our best to include all submissions and list them correctly, but please be patient as we are a small operation and highly imperfect. Thanks for your continued support! B*I*S*S #kiddingnotkidding

BISS PICKS OF THE WEEK

Live Stream This Weekend: Dave Watts & Friends w/ DJ Charisma
Dave Watts & Friends are live streaming from Knew Conscious on Saturday 11/28 from 6-10pm MT (5pm PST)! Catch the show from your living room and find tickets through the link below on StageIt! Special perk: If you’re one of the 1st 100 to buy a ticket, you’ll be entered to win a merch prize pack from The Motet.
Lineup: Dave Watts (The Motet), Shawn Eckles (Andy Frasco & The U.N.), Jeff Lloyd (The Heavy Pets), Brian Adams (DeadPhish Orchestra), Gabe Mervine (formerly of The Motet) + Support from DJ Charisma
https://bit.ly/DaveWatts112820

New Music This Week: Wil Blades Single Release of ‘Second Rate’ from his soon to be released EP,‘Kaleidoscope People‘
Organist and multi-instrumentalist Wil Blades offers an escape from the stresses of COVID with a new EP of late-night slow jams re 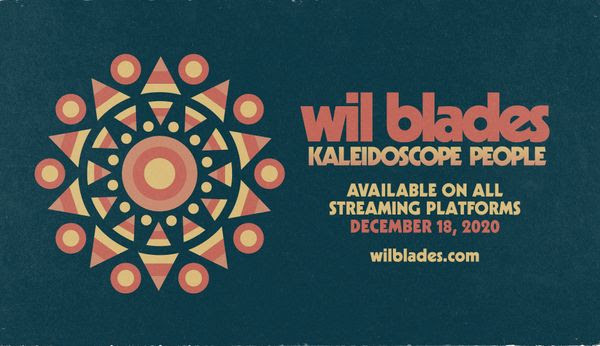 corded on synths, guitar and drums. Kaleidoscope People, due for independent release on 12/18 showcases Blades’ grooving skills away from the B-3, alongside guest appearances by Jeff Parker and Otis McDonald. *Streaming on all platforms
Wil is releasing two singles ahead of the EP, ‘Second Rate’, next Friday 12/4 and ‘Hallways’ on Friday 12/11. You can pre-save on Spotify
https://bit.ly/KaleidoscopePeopleWilBlades
Speaking of records… Did you know that this?

New Record Store opening in the Bay Area: Mars Records – Oakland, CA
I just came across this note from Steve Adams (ALO) just a moment ago and thought you might like to know that there will be a new record store opening… 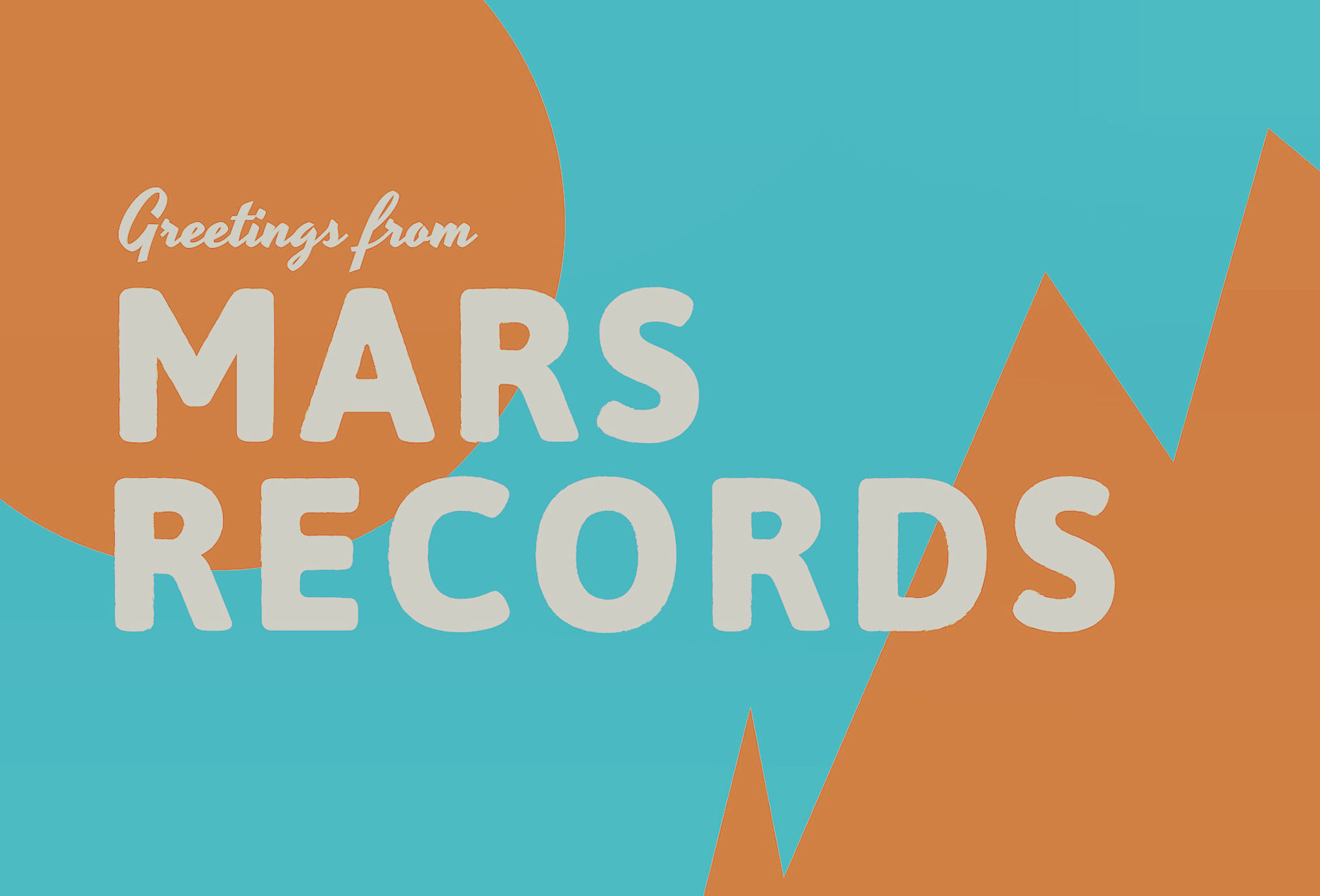 Happy Thanksgiving!
And – I’m opening a record shop! It’s been a labor of love these past few weeks and it’s getting close. Still so many things to do, but I will be opening doors tomorrow (“Black Friday”) at noon. And contrary to these photos, there will be records.
Let’s call it a “soft opening”. Masks, hand sanitizer (provided) and safe distancing all required. Gloves will be available. And the shop will fill at 25% capacity, so around 4 people at a time.
General shop hours will be Wed-Sun Noon-6pm, so stop in anytime, from now until forever! 4125 Piedmont Ave. #7, Oakland CA.
Thanks and thank you and much love! – Steve 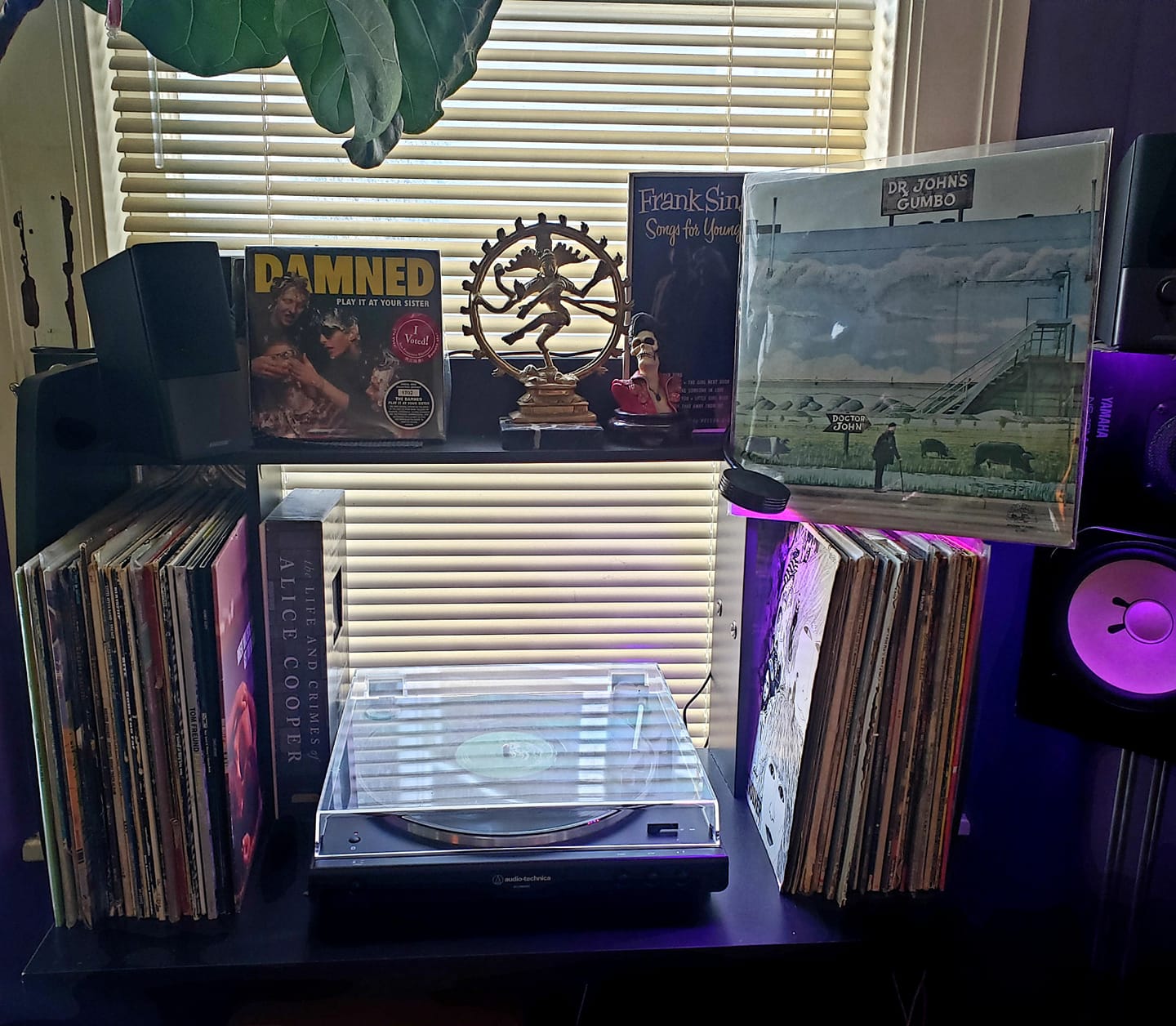 Spor said “Change the record…
Gimme something I can cook to!”
Sounded to me like a request for Dr. John’s Gumbo…

Continuing to Speak of records, just in case you missed this bit of info a few weeks ago when I mentioned it….

Own The Records that Shaped Scene of the Funk & Soul Revival 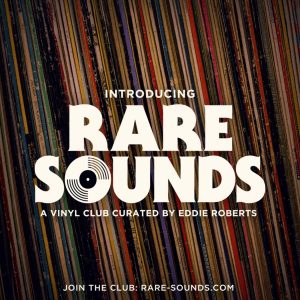 Curated by Eddie Roberts telling the stories of the Funk & Soul Revival through classic records that shaped the scene.
Rare Sounds is a vinyl club telling the story of the “Funk-Soul Revival” through the 1990’s and 2000’s, inspired by funk, soul, jazz and boogaloo music of the 1960’s. The artists and bands of this time were moved into action to bring the analog grooves back from the dusty records they obsessed over into the sweaty clubs they played in, instilling this new sound with the vigor of youth and the innovation of musical perspective. This community of musicians, DJs, and crate-digging aficionados were dotted across the world in small pockets of interest in parts of the U.S., Japan, U.K. and other cultural hamlets, tenuously connected through word of mouth, live performances and curated listening experiences. Though initially disparate, the community’s collective identity and influence grew over time into some of the most renowned musicians, creators and tastemakers of the modern live music scene.
Join Rare Sounds: The Story of The Funk & Soul Revival: https://bit.ly/RareSoundsVinylClub

Thanksgiving BISS List from the Archives:
Closing this edition of BISS with a flashback to the BISS List I sent out for Thanksgiving in 2010! So many changes in 10 years, some good, some not so good. I am smiling, are you?
Enjoy: https://bit.ly/BISSList112510

Have a Safe and Happy Thanksgiving!! 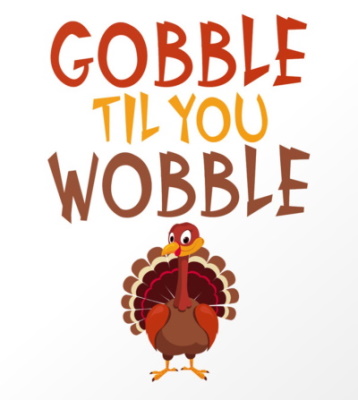